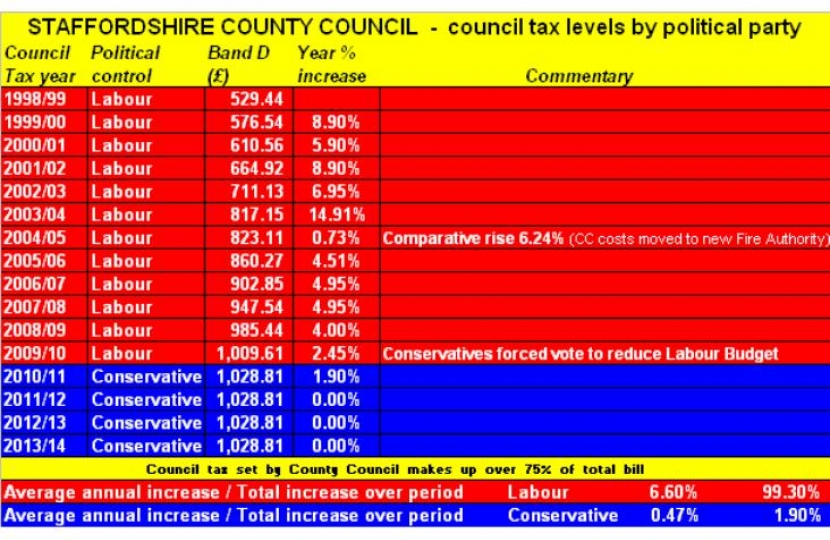 Giving all Staffordshire schoolchildren “free” school meals would cost ordinary taxpayers in Stafford ten per cent more, Conservative county council candidates warned this week.  Council tax bills would have to rise to pay for this extravagant spending promise alone – adding £104 a year to the bill for a Band D home.  Even a single pensioner in a small flat would pay more than £1 a week extra for Labour’s prodigal pledge – which Labour never offered during 28 years of control of the county council before 2009.  “The total cost of giving every school child so-called “free” school meals would be £27 million a year.  That’s over £104 a year extra for every couple in a Band D home,” said A Tory. “Labour know there is no such thing as a free lunch.  Somebody somewhere pays for it and Labour intend that someone to be YOU – the ordinary hard-working people of Staffordshire.”  Pupils from poorer families already get free school meals.  Labour’s spendthrift policy would give free meals to children from the most affluent families too.   Below are the extra amounts of money each household would have to pay for Labour’s spendthrift policy of giving free school meals to all pupils, regardless of their family circumstances. For each tax band, the first column is for a household with more than one chargeable adult and the second is for households with only one chargeable adult.