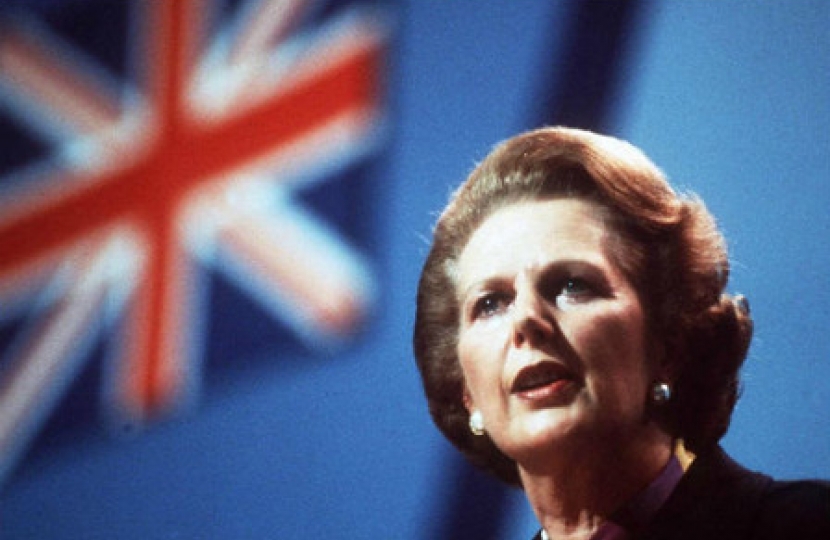 Leader of Stafford Borough Council and former President of Stafford Conservative Association, Mike Heenan has said Margaret Thatcher would be remembered as one of the dominant forces of British politics in the 20thCentury.

“I was very sorry to hear of her passing,” said councillor Heenan. “As far as I’m concerned she was probably the most impressive leader I have known in my political life.

“She certainly did change this country and the way that we think about ourselves in Great Britain.

“I grew up in the 60s and 70s when we were in a state of discord and it was down to her and her dedication that we changed from that to a country with confidence.

“I know that it’s trite to say, but she really did put the great back into Great Britain.

Mr Heenan said while Mrs Thatcher was a polarising figure, even the most vocal of detractors would struggle not to admire someone with such a clear vision of what it was they wanted to achieve and who then went on to achieve it.

“I have been watching with interest the comments of people with all sorts of political opinions and it’s clear that they do recognise that with her.

“She was a true leader of people and she gave us the lead at the right time.”

Councillor Heenan said when Mrs Thatcher came to power he was a young man in his 20s and the country was a very different place.

“So many things have changed as a direct result of her leadership.

“She gave millions of people the chance to buy their own homes and boosted the economy tremendously,” he said. “You could go on all day about he accomplishments and what she did for this country.

“On a personal note, I was actually present at the 1975 Young Conservative Conference when she made her young leadership bid and gave an absolutely wonderful speech which won her the leadership.

“I feel very privileged to have been able to witness that,” he said.

He said Mrs Thatcher had visited Stafford and the surrounding area on a number of occasions since then, campaigning alongside Stone MP Bill Cash during the ’92 general election, to open the Falklands Garden at the Gaol Square roundabout and for a fundraising event at Broughton Hall.

“I had the great luck of helping with the organisation on that day and as a result of that - and while you can never say you had a ‘chat’ with Margaret Thatcher - I did have the honour of having a conversation with her.

“She was a very strident person, someone who will go down in history as one of the main forces of British politics of the 20 Century.”

Mr Heenan said on the day of her funeral the union flag would fly at half-mast outside Stafford Borough Council as is the protocol for the passing of a former Prime Minister.