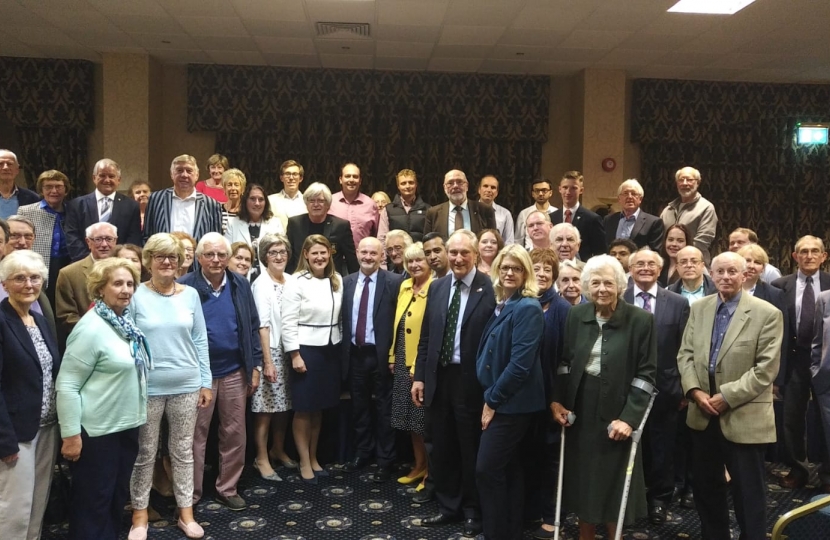 Stafford Conservatives have selected Theo Clarke as their parliamentary candidate after the decision by the current MP Jeremy Lefroy to stand down at the next General Election.

Theo previously contested Bristol East at the 2015 and 2017 General Elections and is the Chief Executive of the Coalition for Global Prosperity. She has also set up and sold her own small business.

On being selected Theo said “I am delighted to be selected as the Conservative candidate for Stafford at the next General Election. I look forward to speaking to as many people as possible about my positive vision for our communities and how I will fight for local services, seek further investment and above all be a strong voice for the people of Stafford, Penkridge and surrounding communities at Westminster.

“Only Boris Johnson and the Conservatives can get the best Brexit deal that will keep our economy strong, bring the change that people voted for, and let the country move beyond Brexit. And I will focus on what voters care about in Stafford, such as making sure our £33.9 billion extra for the NHS really gets to the front line of our fantastic NHS. Properly funding our schools with £14 billion extra so we can level up per pupil funding to give every child in Stafford the best start. And make sure that people see more police with our recruitment of 20,000 more police officers over the next three years to cut crime and keep people safe.”

Jeremy Lefroy commented “I’m delighted that Theo has been selected to stand for the Conservatives in Stafford. She brings with her a brilliant track record of working with business, charities and communities across the country. She will be an excellent representative for the residents in Stafford and I look forward to working with her.”

Today we have published our Covid-19 UK Vaccines Delivery Plan, setting out how we plan to deliver the biggest vaccination programme in British history, to protect all those who need it most as quickly as possible.