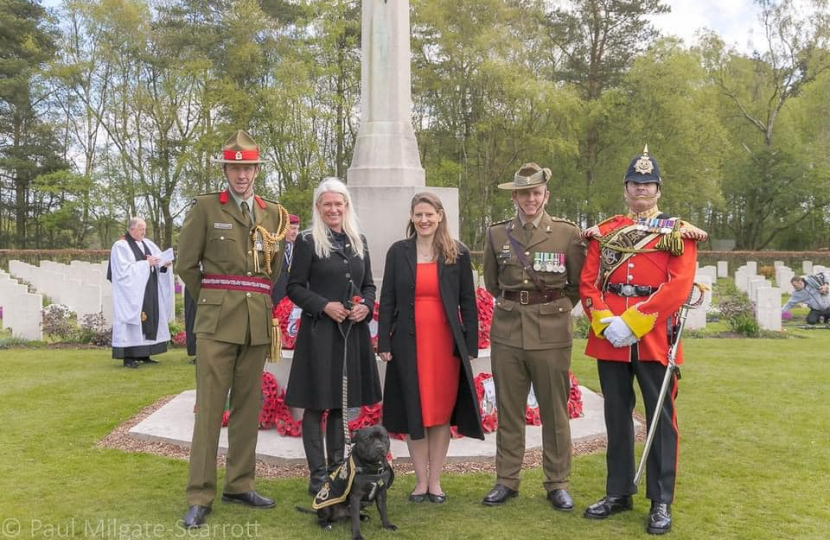 Theo Clarke MP for Stafford laid a wreath as part of the Australian and New Zealand Army Corps (ANZAC) Day Remembrance Service at the Commonwealth Graves, Cannock Chase. Ms Clarke was joined at the event by the neighbouring MP Amanda Milling and representatives from MoD Stafford. Ms Clarke expressed her thanks to the Stafford branch of the Royal British Legion for organising this important event.

ANZAC Day is the anniversary of the landings on the Gallipoli Peninsula in Turkey during the First World War by allied forces and commemorates people from Australia and New Zealand who have given their lives in the service of their countries and communities in the years since then. During the First World War, there was a large military camp at Cannock Chase which became the base for the New Zealand Rifle Brigade. Ms Clarke was honoured to lay a wreath to mark this important day and pay tribute to those who have lost their lives in service.

If you are not going to be at home to receive your ballot and cast your vote in the leadership election, the advice from the Party is as follows: