Theresa May helps launch the Conservative Campaign in Stafford 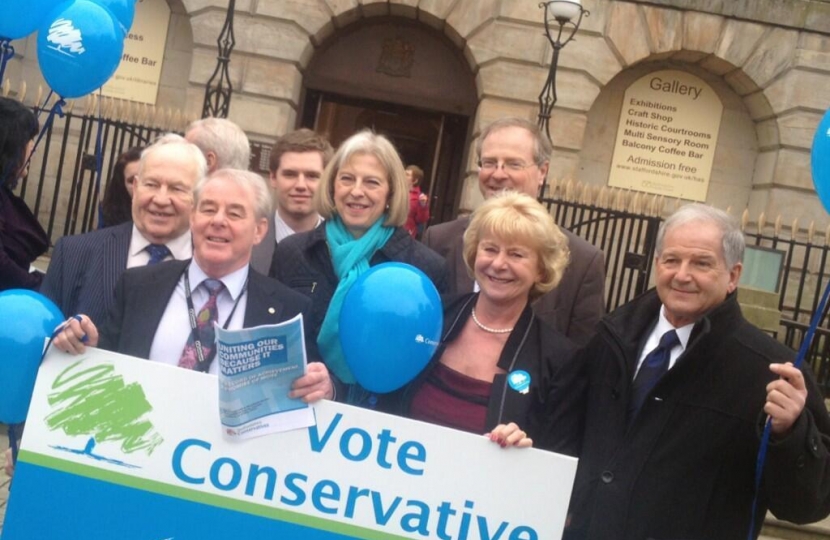 The Rt Hon Theresa May MP, Home Secretary since 2010 helped launch the Conservative Manifesto in Stafford today. Joined by Jeremy Lefroy MP for Stafford she praised the work of the Conservative councillors since 2009 for delivering value for money and managing to deliver the lowest County Council tax in the country.

The Home Secretary wished to add "Conservatives at Staffordshire County Council have a track record of standing up for what matters to local people. Council tax has either been frozen or in this years case been cut; eliminated the debt that Labour left behind; Set up the Staffordshire Business Loans Support Fund; Invested over £80 million in our neglected roads and increased adult social care funding to £18 million."

Jeremy Lefroy MP for Stafford said "it made his job a lot easier when you have a well run council that is delivering a quality service for value for money.  We have got some great candidates that deserve to serve another four years based on there record of achievement."

Get out and vote for your Conservative candidate on 2nd May if you want to keep your household bills down and see your money invested in your area.  Don't let Labour set us back again!